I think a really cool feature, and potential a way to start competing with some other apps beyond “to-do” list apps, would be to add a notes section / feature into Asana. I know there already exists the Comments feature on specific tasks and Conversations feature under projects, but I am thinking of a fully blown out Note-taking capability (akin to Evernote) that can be captured and saved in Asana.

Example use case: I sit in a lot of meetings, and I capture notes often in another program (Google Doc, Evernote, etc.). Later, I have to come through these notes, and manually add these into Asana. However, if Asana had a module that allowed for long-form note taking, these notes could exist under the appropriate projects / teams without having to go to another program.

Having Notes in the same program by itself would be convenient, but not altogether life-changing. However, once that base is built, you can really gain productivity efficiencies if this Notes section also had functionality, such as the ability to highlight a line or sentence in the notes and quick add a task under that same project the notes were about. The task could also have a link tying it back to the notes for others on the team to reference, if they are assigned the task coming out of the notes from a given meeting.

There are probably dozens of other unique functionalities that you could add into a more robust Notes tool / section, if it existed.

To reiterate, I know Comments on tasks exist, and I know Conversations within projects are possible, but I imagine a Notes section (that might sit next to the features like Timeline, Conversations, etc.) with more robust capabilities unique to capturing long-form notes from meetings or brainstorms.

I use Google Docs and I add a link in task descriptions or project descriptions as needed.
The link is in context of the task or project and takes you directly to your relevant document.

This is essential for info relevant to a project not just a single task, so the comments is useless. Sometimes we need to access info for a whole project, and not having anywhere to put it is an extreme inconvenience. It just needs to be another tab in each project.

I love the idea of having a separate section for notes in Asana. I’m looking for a project management software that I can use mostly on a professional basis, but a notepad feature would be excellent to keep track of personal productivity items. It’s kind of difficult to keep track of this information right now inside of Asana without an inconvenient workaround.

Jira and ClickUp both have a good handle on this feature in my opinion. They allow you to organize notes in a separate section. I particularly like ClickUp’s option because it incorporates checklists/ some rich editing options.

If Asana could incorporate something like this, that would be a game changer

For notes I made a “Reference” project, where I create a task for each note, putting the contents of the note in the description.

Use the following keyboard shortcuts to format your text:

Use Sections to categorize notes.

(Optional) Use multi-homing to add notes (tasks) to multiple projects: 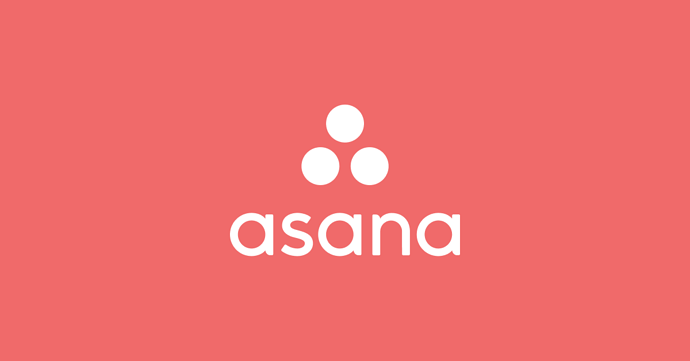 This section of the Asana Guide goes over all of the fields and details associated to tasks.

Let me know if that helps!

I think this is crucial. We want to use asana to store all information about a project. That includes notes from brainstorming, meetings, external meetings, or just some initial thoughts / briefing.

All of this doesn’t fit in Comments or conversations. We need a proper notes section.

Everything else is just a workaround…

ABSOLUTELY! ASANA it’s time to step it up.

Andrea,
You are absolutely right. That would be great to be implemented.

I am hoping they will note yes. Does anyone knows if it’s coming ? I am looking into getting asana for my team but the missing note thing is a big thing for us as we will need a lot of brainstorming in the next year. I like asana better but might with another software because of it. If it is coming, I’ll stick here and wait.

Agreed. I always take notes in OneNote for projects, then have to convert those notes to tasks in asana. Seems no software can take notes well and consolidate those notes across projects. Notion is close b/c I can almost do what i want with notes/tasks/scheduling. But it lacks the App view that asana provides to view all tasks by project/employee/tag/etc.

I would love a section within each project where you can add shared notes. In the List view, there is a description section that I’ve been using, but it hides if you’re not editing it. I would love to view it without clicking ‘See More’. Please add a notes section, that would be super useful!!

There’s an existing thread on this topic that’s requesting the same thing. If you want to add your vote, head over here:

I think a really cool feature, and potential a way to start competing with some other apps beyond “to-do” list apps, would be to add a notes section / feature into Asana. I know there already exists the Comments feature on specific tasks and Conversations feature under projects, but I am thinking of a fully blown out Note-taking capability (akin to Evernote) that can be captured and saved in Asana. Example use case: I sit in a lot of meetings, and I capture notes often in another program (Googl…

Thank you for finding it @Mark_Hudson

I’m merging this thread with the one mentioned to avoid duplicates!

I hope it’s OK @Julie_Mola and welcome to the Forum!

Not a problem, thanks for sending over an exciting thread. It was much more detailed than mine!

I’m bumping this topic back to life with a little different take:

What about creating something similar to what you did with Milestone or Approval tasks? Instead in this case it would be a Note task. You could give it a cool little icon

and then most importantly, not have it count as an incomplete task in Progress view.

This is always missing for us. For now I’m using Dropbox paper. I think a tab in projects that links straight through to a relelvant note via integration to a few leading providers such as evernote, onenote, dropbox paper. Asana has a tight everhour integration that adds a tab like this to projects, and it’s great. A similar notes integration would be incredibly useful. The only issue with putting a link in task items is the nature of a link taking you into another browser window/tab

As an agency we have a lot of clients, many of them with multiple projects on the go. Keeping a log of meeting notes over the length of a project is essential, both for assigning action items and for future reference. If Asana is going to act as the hub for each of our projects, then this is a crucial feature. Linking off to external apps to find relevant notes loses the opportunity to have that project info accessible within the context of the project in Asana.

Basecamp does this - so should Asana

I feel Asana users would really benefit from a task type that is for notes/reference only and cannot be marked complete, and that doesn’t count against task completion percentages in the dashboard and progress views.

I’m a project manager for a creative marketing team. For each project, we have one or more “project notes” tasks that hold comments, files, and group conversations relevant to the project. All the other tasks in the project are to-do tasks that get assigned out to the team for completion. However, the Project Notes task is always visible and should never be assigned or completed, as it’s for reference only.

Unfortunately, this means that in the dashboard, progress, and portfolio views for the project, we can never achieve 100% completion because of these Project Notes tasks.

Hi @Katy_Scott1, welcome to the Asana Community Forum and thanks for sharing your feedback with us! We already have a thread related to this topic so I’ve gone ahead and merged your post with Adding Notes capabilities into Asana to centralize feedback. We’ll update the main thread as soon as I have an update.

It would be very handy to be able to toggle a switch that would add a small note taking area above the task list for which the size can be adapted.
For me as a freelancer, or as a member of a team, this could be an area to keep relevant project info that everyone always needs (URL for staging sites, links to other relevant sites, login info etc…).
A general area that’s not supposed to be a task, and without having to link to a Google doc or something…