New Tasks in Projects created by rules from other projects

It is very difficult to choose a short headline for this feature so I will try and explain the situation:

Project A:
Tasks, rules and custom fields created.
RuleA1: when custom field changes to X, Add task 1 to Project B

Project B:
Tasks, rules and custom fields created
RuleB1: when a new task is added to project, move it to section X and change custom field to Y

Problem:
Rule B1 works only when a new task is added manually to the project. Tasks that are added to the project via rules from other projects do not seem to trigger the rules.

is this normal? or is this a feedback that requires looking into?

I just tested and these two rules worked for me. I think this is what you wanted to do?

Project A
rule: when field changed to X, Add to an additional project in specific section

Project B
rule: when task is moved to a specific section, set same field to Y 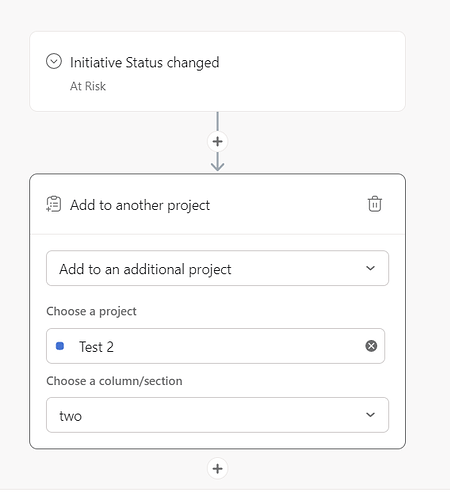 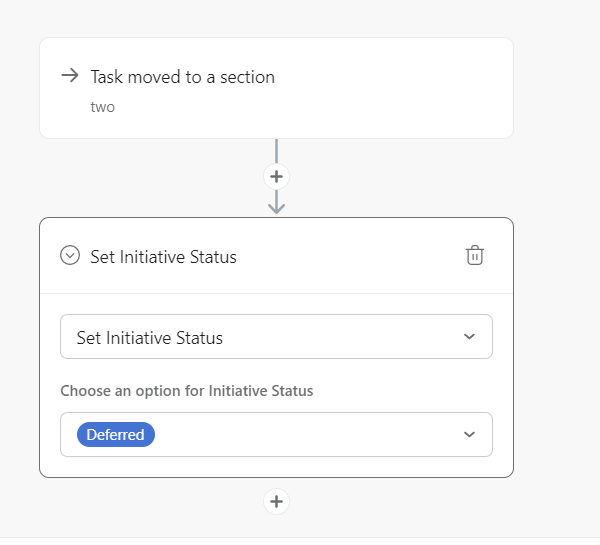 I didn’t try it exactly the way you wrote it. If you also want to have a rule in Project B to move every task added to that project to the section, then I’d make that a separate rule.

When you have the rule editor open, there is a setting you need to activate that allows the rule to be triggered by other rules. Does this answer your question?

Thanks @Heather_Beaudoin for trying to replicate it. It is not entirely the same thing.

I have that feature activated.
What I am facing an issue with (and I am not sure if this is normal behaviour or a bug) is the following:

If I add a task to Project B directly from the Project, all rules are triggered without an issue.
If a task is added to Project B as an output of a rule somewhere else, this task is not triggering the rules from Project B.

I still don’t see how it’s different. Are you wanting to create a new task instead of dual-home the same task? Also, I made a comment at the bottom that you’d create a 2nd rule to achieve the part where it would also work for every new task, not just the one triggered by the field change in the first project.

Thanks Heather for the reply. I still don’t believe your comment is a solution to my query.

I will replicate the issue and share screen shots to share what the issue is more clearly.