When I create a new rule, I’m prompted to add a name for the rule. Unfortunately that name isn’t visible anywhere. I’d assume the name of the rule would be visible under the “rules” section, but it’s not. If it’s not visible in my rules panel, it’s not useful. 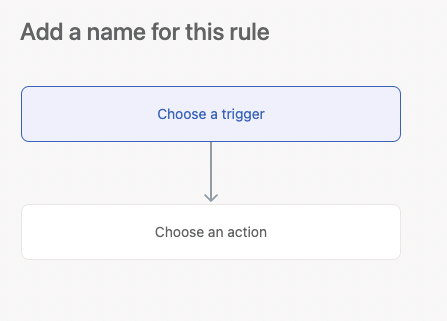 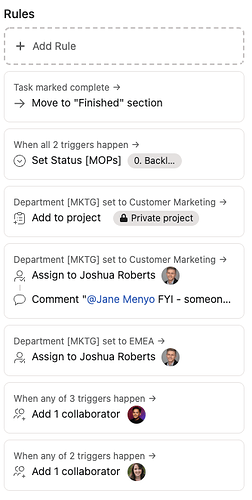 Actually, the name of the rule is shown in a tooltip when you briefly hover your mouse cursor over the rule in the Customize panel:

Ah - we at least it’s somewhere! Either way, that seems like a lot of effort when it could just be easily visible in the panel, no hovering required.

Thank you for showing me! This is helpful.

Showing the name would make a lot more sense than the current situation where it shows “When 2 triggers happen →” attempt at describing it. Upvoting this, hopefully it gets more visibility now that it’s featured in Asana, show me your BUTs 🍑