Briefly describe (1-2 sentences) the Bug you’re experiencing:
A task behaving both as a task and a subtask depending on the panel you look at in the same project.

Steps to reproduce:
In project B is multi-homed a subtask from a task of another project A.

If I select the timeline panel, then the subtask appears, so it behaves like a task in project B.

If I now go to the dashboard, then you can see on the following picture that this same task now behaves like a subtask. 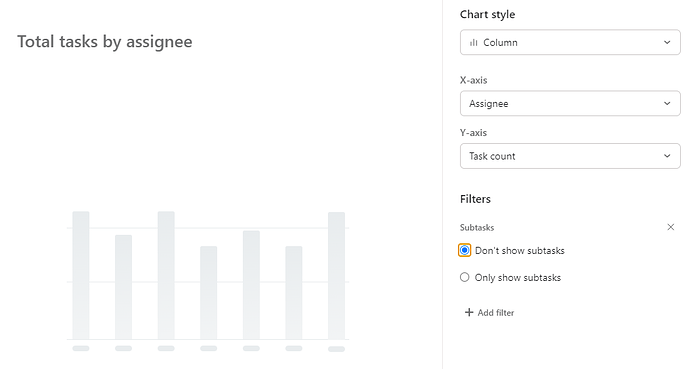 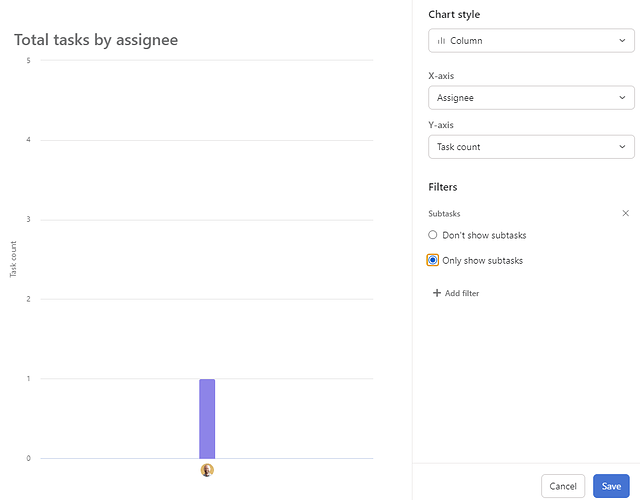 => The same task is seen as a task in timeline, and as a subtask in the dashboard.

Thanks for picking this up. I would also like to know if it’s intended behavior.

Hi @Julien_RENAUD, thanks for reporting this!

To convert a subtask to a task, you would need to drag it from the subtask list to the project List view.

I hope this helps to clarify!

Hi @Emily_Roman
Yes, I understand that.

But in my example:

Thanks for getting back to me, @Julien_RENAUD! I see what you mean, let me investigate this further with our product team and I’ll get back to you once I have more information on whether this is working as expected of it’s a bug

@Julien_RENAUD — Based on my experience, when you set a filter at the report level to include/exclude a subtask, it’s not restricting its scope to that single project but instead looking to see if that task has a parent value.

So, while a task may be a parent-level task in Project B (a requirement for it to appear on the timeline) it is nonetheless still considered a “subtask” because it has a parent parameter with a gid, name, etc. associated with it.

I believe the Timeline view shows tasks that are parent-level tasks in the project based on the memberships parameter.

So, between the reporting views and timeline views, it seems they may need to be a bit clearer on how they determine what constitutes a subtask vs not and/or be clear about what scope the filter is limited to.

It seems to me like the most consistent route would be to continue to base reports (at the project level) on the memberships parameter and not the parent parameter.